The top motif shows oak sprigs worn by the rebels.

One of the windows from the Hunting Lodge, with some locals watching the performance. The sun represents the weather on the days of the performance. A measuring tape used to take the measurements of every performer.

A book with the scenes title. A ball of wool and knitting needles represents all the Monmouth hats knitted for this scene. Hay bales that were put out in front of The Lamb Inn.

The Protestant James Duke of Monmouth’s failed rebellion of 1685. James was the illegitimate son of the late King Charles II and the rebellion was an attempt to overthrow his recently crowned Roman Catholic uncle, King James II. The attempt ended in defeat at the Battle of Sedgemoor. Monmouth was executed for treason a few weeks later. 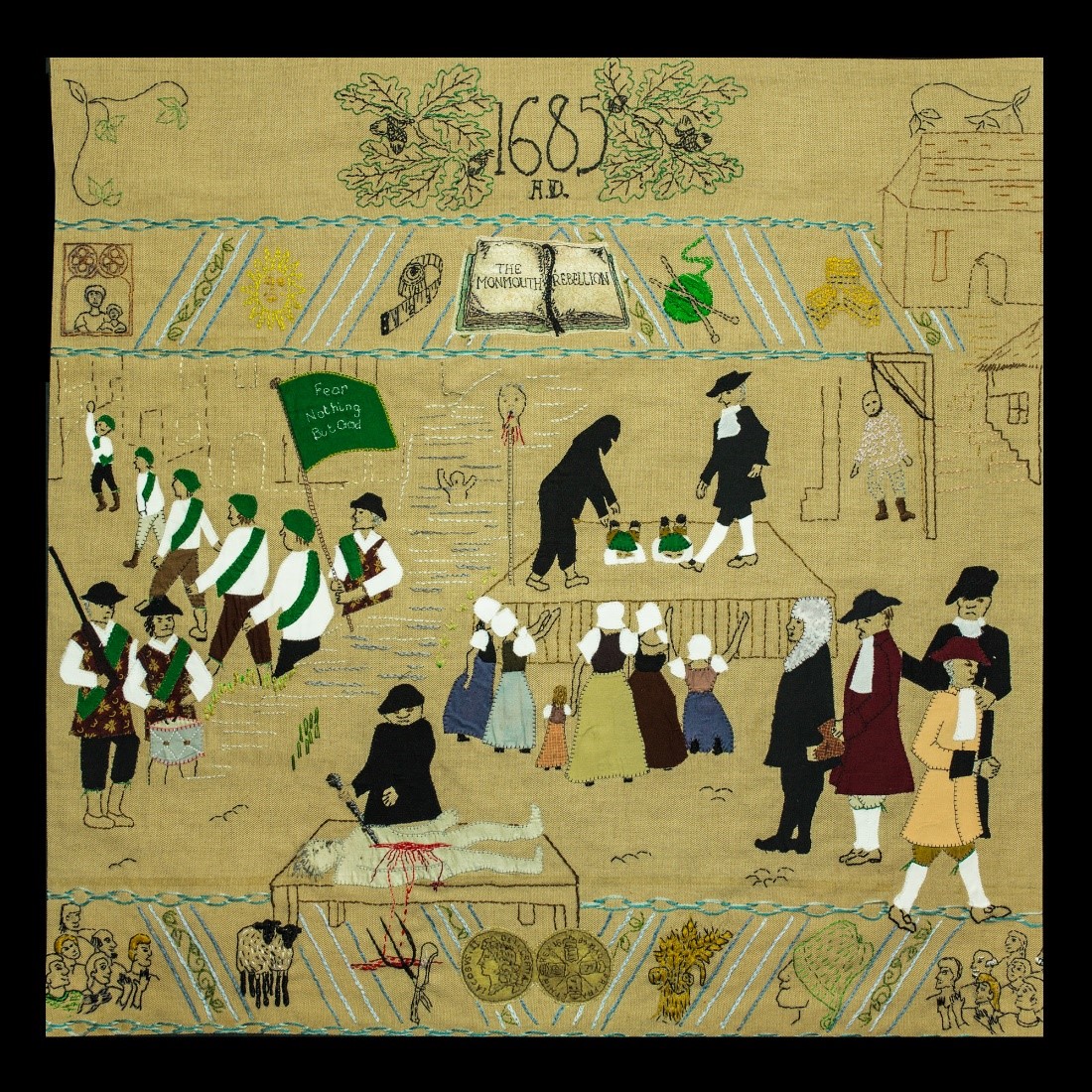 The Town Square is the backdrop for the scene, from left to right the panel shows the scene as it unfolds. The Axbridge volunteer’s march off to fight for Monmouth. Next is the aftermath of the battle in the darkness and mist of the levels. Then the ‘Bloody Assize Trials’ presided over by Judge Jeffreys in which many of the Axbridge volunteers were sentenced to be hung, drawn and quartered, the rest were transported.

The Crowd. The Sheep and wheatsheaf motifs represent the farmers, cloth workers and tradesmen who made up much of the rebel army. A Pitchfork and billhook representing the arms the rebels carried. It was also known as the ‘Pitchfork Rebellion’.

A King James II Guinea. A Wheatsheaf. A knitted Monmouth cap widely worn, the loop allowed it to be hung from a belt or armour. The Crowd.